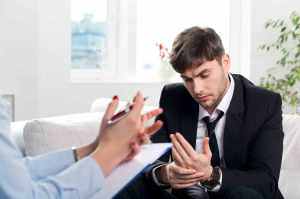 A Northwestern University researcher has proposed that all university students undergo mandatory mental health screening to uncover and treat depression and other conditions.

“The challenge is that we can’t help what we can’t see,” Dr. Simon Williams (PhD) wrote recently in the Chronicle of Higher Education.

“The only real way to uncover and aid sub- and pre-clinical depression, anxiety, and other conditions is through some form of screening,” said Dr. Williams, a medical sociologist who is research associate at the Northwestern University Feinberg School of Medicine in Chicago.

“Recently I argued in the British Medical Journal that introducing universal mental-health checks for schoolchildren could reap significant social, health, and economic benefits. The same argument applies to the college population. The earlier we identify burgeoning problems, the more likely we are to prevent them from developing into clinically diagnosable problems, the costs of which are far greater.”

Dr. Williams admitted that “such an idea is not without its detractors” — and comments on the Chronicle website  bore that out.

Mental health services offered by colleges and universities aren’t sufficient, he said, citing a 2012 survey by the American College Health Association showing that 30% of respondents over a 12-month period felt “so depressed it was difficult to function” and 50% of said they felt “overwhelming anxiety.” Yet, only 11-12% of them said they were diagnosed or treated for these conditions.

Dr. Williams admitted that “such an idea is not without its detractors” — and comments on the Chronicle website  bore that out. Commenters noted privacy concerns, a risk of increasing stigmatization of mental illnesses, the limitations of screening, possibility of overdiagnosis and concerns about compulsory treatment. One respondent suggested that colleges and universities might use this suggestion not so much for the benefit of students as risk management strategy for the institution.~TM