Racism in medicine: The case of spirometry

If it is possible for a piece of medical equipment to be racist, the spirometer may hold that questionable distinction.

That is the suggestion of Dr. Lundy Braun (PhD), professor of Africana Studies and pathology and laboratory medicine at Brown University. She explores the history of the spirometer, its racist uses and continuing “race correction” in Breathing Race into the Machine: The Surprising Career of the Spirometer from Plantation to Genetics.

In a recent interview in The Atlantic, Dr. Braun noted that spirometry was used in the 1860s to show that black slaves in the U.S. had lower lung capacity than whites. The first large study purportedly showing racial differences was conducted in Union soldiers, directed by Benjamin Apthorp Gould, and published in 1869.

“Lung capacity difference was a deeply entrenched idea by the late 19th century,” she said.

After Gould’s massive Investigations in the Military and Anthropological Statistics of American Soldiers, the next modern racial comparison was “Diagnostic value of determining vital capacity of lungs of children,” published in JAMA in 1922.

There is a consensus in the scientific literature that “virtually everyone in the world has lower lung capacity than people classified as whites.” — Dr.  Lundy Braun (PhD)

These continue to be cited, and there is a consensus in the scientific literature that “virtually everyone in the world has lower lung capacity than people classified as whites,” Dr. Braun said.

The belief persists despite attempts at refutation by the leading early black sociologist W.E.B. Du Bois, black sociologist and mathematician Kelly Miller, and even research by Dr. Jedediah Baxter, the surgeon general of the U.S. Army, that contradicted Gould’s findings. The reason may be “the tension between knowledge produced y qualitative and quantitative research,” she said. “Quantitative data is stripped of context. Gould’s was just numbers assembled into a table. He hardly comments at all. His work looks very, very objective, and very scientific. 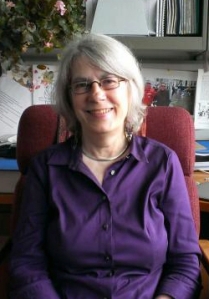 So peristent is the notion of racial difference that a “race correction” is built into the spirometer’s software. In order to make a recording, the operator must select the patient’s race from a drop-down menu or by pressing a button.

But because asking patients about race when assessing pulmonary function is awkward, physicians often just guess based on stereotypical criteria like skin colour — “a poor marker for race globally,” Dr. Braun said. “This guess may have little to do with how someone self-identifies or the richness of their ancestry.”

She said she’s not arguing against using race in health research — it’s “entirely appropriate to study the health effects of a discriminatory social world, but always in combination with gender and measures of class.”~TM