Not just another cancer diary 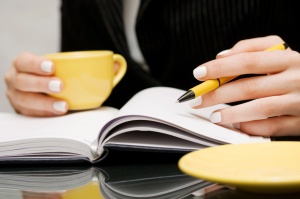 The English writer Jenny Diski, 67, has been diagnosed with inoperable lung cancer and has begun a cancer diary, to be serialized in the London Review of Books. The first installment, which appeared in the 11 September issue, was described in The Guardian as a “bravura essay” displaying “angry eloquence.”

This will not be just another cancer diary.

“It’s quite hard to rapidly absorb the notion that someone forecasting your fairly imminent death might not be your enemy.” — Jenny Diski

“The future flashed before my eyes in all its pre-ordained banality. Embarrassment, at first, to the exclusion of all other feelings. But embarrassment curled at the edges with a weariness, the sort that comes over you when you are set on a track by something outside your control, and which, although it is not your experience, is so known in all its cultural forms that you could unscrew the cap of the pen in your hand and jot down in the notebook on your lap every single thing that will happen and everything that will be felt for the foreseeable future. Including the surprises.”

“I’m a writer. I’ve got cancer. Am I going to write about it? How am I not? I pretended for a moment that I might not, but knew I had to, because writing is what I do and now cancer is what I do, too.

“And then the weariness. A fucking cancer diary? Another fucking cancer diary. I think back to cancer diaries I have read, just because they’re there. You don’t seek cancer diaries out, they come at you as you turn the pages of magazines and newspapers or thumb through Twitter and blogs. How many have I read? I can’t remember, but they’ve spanned decades. I recall Ruth Picardie, a young woman in her thirties, with small children. John Diamond, married to Nigella Lawson and dying stylishly. Ivan Noble, a BBC science and technology writer; Tom Lubbock, art critic; Susan Sontag, although not exactly a diary, mined her cancer for a famous essay about the cultural nature of illness. Those stood out, they were all professional writers and most wrote their diaries as occasional or regular series for newspapers or online blogs. Can there possibly be anything new to add? Isn’t the cliché of writing a cancer diary going to be compounded by the impossibility of writing in it anything other than what has already been written, over and over? Same story, same ending. …

“In my experience, writing doesn’t get easier the more you do it. But there is a growth of confidence, not much, but a nugget, like a pearl, like a tumour. You learn that there is a process, and that it doesn’t very much matter what you write, but how you do it, that is crucial, and that nothing I wrote, or you wrote, is ever going to be the same as what she wrote and he wrote, unless, as Truman Capote said, what you’re dealing with isn’t writing, but typing. So I’ve got cancer. I’m writing.”