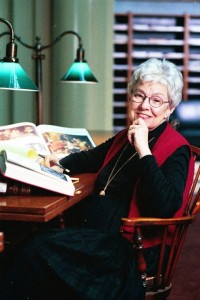 Although it occurred on 22 November, we felt it was important to note the death of Dr. M. Therese Southgate, best known as cover editor of the Journal of the American Medical Association (JAMA).

Dr. Southgate, 85, died at her home in Chicago after a short illness.

She earned an undergraduate degree in chemistry at what is now the University of St. Francis in Joliet, Ill., and worked for a time for a magazine covering the chemical industry before deciding to go to medical school, according to her obituary in the Chicago Tribune. She graduated from the Marquette University School of Medicine (now Medical College of Wisconsin) in 1960, and completed a rotating internship at St. Mary’s Hospital in San Francisco before joining the JAMA staff in 1962.

Her first position was as senior editor — the first time a woman had held that job. Two years later, JAMA editors made the “bold and unprecedented decision” to feature fine art on the journal’s cover. In 1974, Dr. Southgate was promoted to deputy editor and began to select the art and write an accompanying essay, according to JAMA’s report of her death.

“What has medicine to do with art? I answer: Everything.”

She remained involved in choosing and writing “The Cover” feature until her semi-retirement in 2008. In a journal redesign last July, the issue contents were given pride of place on the cover, with artwork and essay moved to a two-page spread inside.

In 1997, 2001, and 2010, Dr. Southgate published three successive collections of her essays and the accompanying images that had appeared in JAMA, as The Art of JAMA.

“Terry Southgate became the most beloved of all JAMA editors as a supremely sensitive humanist who selected the world’s greatest art with which to educate countless physicians about the intense humanity of their calling,” former JAMA editor-in-chief Dr. George D. Lundberg told the journal.

In a 2007 Medscape interview, Dr Southgate said: “What has medicine to do with art? I answer: Everything.”~TM