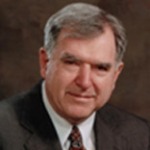 Last June, a week after his 90th birthday, Dr. Arnold Relman fell down a flight of stairs at home and broke his neck. And nearly died.

During his arduous recovery, which he documents in a compelling article in the New York Review of Books, “I learned how it feels to be a helpless patient close to death. I also learned some things about the U.S. medical care system that I had never fully appreciated, even though this is a subject that I have studied and written about for many years.”

One thing he learned, forcefully, was how the shortage of primary care physicians affects care of patients, especially those with complex problems.

Dr. Relman, a physician since 1946, is probably best known as the editor of the New England Journal of Medicine from 1977 to 1991. During his tenure at the journal and since, he has written and spoken about the U.S. health-care system.

In a nutshell, Dr. Relman’s injuries included fractures of C1, C2 and C5 as well as his skull and multiple bones in his face. These occurred against a backdrop of not only advanced age but atrial fibrillation, aortic stenosis and polymalgia rheumatica. In the course of his treatment, he sustained rib fractures and a decubitis ulcer.

“Doctors now spend more time with their computers than at the bedside.”

He was treated acutely at the Massachusetts General Hospital in Boston and continued his recovery at Spaulding Rehabilitation Hospital in neighbouring Cambridge, Mass. He described his care at Mass General as excellent — which he believes it is for the critically ill at all the best U.S. teaching hospitals — but less so at Spaulding.

Complex cases like his highlight the problems that result from the shortage of primary care doctors. “Patients, even when they are physicians, can feel adrift and confused when their care lacks firm, identifiable coordination by a physician in charge, to whom the patient can look for guidance and information,” Dr. Relman wrote. “The growing national shortage of primary care physicians allows for fragmentation, duplication, and lack of coordination of medical services.”

He also found that doctors are in love with technology, and it affects their work. “Attention to the masses of data generated by laboratory and imaging studies has shifted their focus away from the patient. Doctors now spend more time with their computers than at the bedside,” he said of his experience at both institutions. His own doctors’ notes, he later discovered, contained “only a few brief descriptions of how I felt or looked, but there were copious reports of the data from tests and monitoring devices. Conversations with my physicians were infrequent, brief, and hardly ever reported.”

It’s largely nurses who provide “personal care” to patients, he added, noting, “When nursing is not optimal, patient care is never good.”~TM